The volleyball Mustangs have gotten off to a great start in 2017. They are currently 27-6 as they continue area play over the next few weeks leading up to the Area Tournament at the end of the month. The Mustangs are led by Head Coach Michael Loyd, who on Thursday, September 9th won his 100th career game as a head coach by defeating Kell. The Mustangs are truly playing for one another as a team and we wish them nothing but success as they come down the home stretch of the season! GO MUSTANGS! 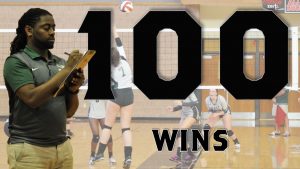